'Endangered' means 'seriously at risk of extinction'. But 'extinct' means 'no longer in existence'. Here are just a few of the many endangered animals that could soon be extinct:

What Are These Animals?

In the 1950's the South China Tiger was over 4,000 in population. But over the next few decades they were considered as pests, and thousands were hunted down and killed until the Chinese Government banned hunting in 1979. In 1996 , there were about 30-80 left in the wild. These tigers haven't been seen in the wild in over 25 years. There are South China Tigers in zoos and in South Africa so they can introduce captive-bred tigers into the wild.

As of today, there are about 14,000 Sumatran orangutans, about 104,700 Boreans, and about 800 Tapanulis left in wild. The Tapanuli orangutans are the most endangered of them all. Adult male orangutans can weigh up to 200 pounds. The lifespan of an orangutan is 35-45 years.

The hainan gibbon - or hainan black-crested gibbon - live in the forests of Southeast Asia. Their status is critically endangered with only 28 individuals left in the wild. It is considered an ape as it lacks a tail like their ancestors. These gibbons have an amazing capability of swinging through the trees easily.

Javan rhinos have a number of very loose folds on their skin, taking the appearance of armor plates. They are the most endangered of the five species of rhino with only 58-68 individuals left in the wild. Its height can grow to around to 4.6 to 5.8 feet, while its length can grow about 10 to 10.5 feet. Their weight is about 1,984 to 5,071 pounds.

The mounatin gorilla lives on the mountains of the Democratic Republic of the Congo, Rwanda, and Uganda at heights of 8,000 to 13,000 feet. Although this species is critically endangered, the Bwindi Impenetrable National Park in Uganda has santuaries that provide refuge away from human activity. 80% of their diet contains leaves, shoots, stems, and other plants. Other things they eat are insects like grubs, snails, and ants.

As climate gets warmer in the North Pole, ice melts, thus, polar bears find it harder to live their normal life. 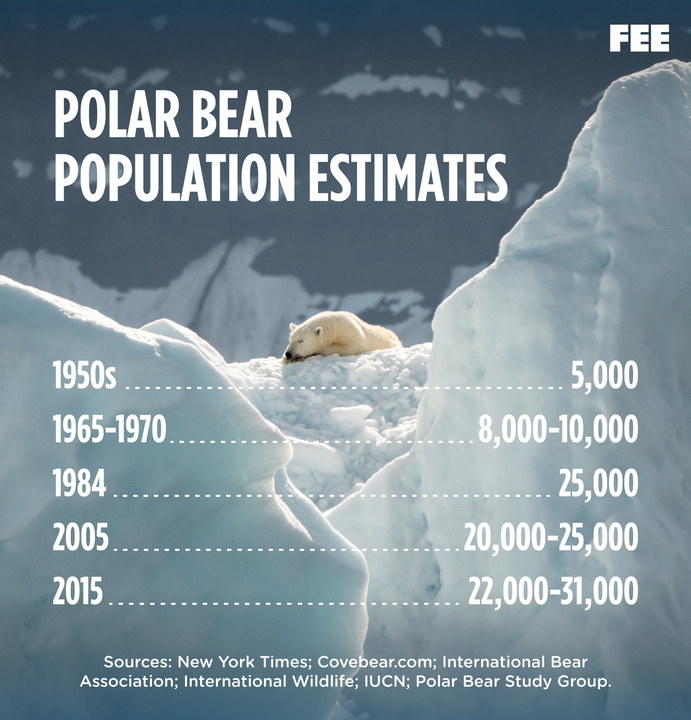